Atlético de Madrid-Real Betis match will be played on the 11th of July at at Estadio Wanda Metropolitano. In the 36th round, the 3rd and 13th team from the La Liga table will play. Although the difference of 22 points is the main advantage for Madrid, nothing is certain yet and Betis should not be crossed. Real Betis has two points less than Levante UD and a great chance to advance on the table. Madrid can be satisfied as one of the three clubs at the top of the table.

Atlético de Madrid has 63, while Real Betis has 41 points. The last time these two teams played, Atlético won 1-0. These two clubs have played against each other 17 times in the last few seasons. Of 17 matches, Atlético won 12, while Betis managed to win 2 times. So far, they have played a draw three times.

Unlike Betis who lately didn’t play well in away matches, Atlético Madrid is in great home form. Atlético has collected 13 points in their last five games before this match. They have won all the last three games they have played at home. As one of the undefeated teams, the question is whether they can continue with the winning streak.

Betis defense will have to invest 100% to stop Madrid from scoring. It will not be easy for them to fight against the current third team from the table, especially since they do not have a good score in the last 4 home matches.

Atlético de Madrid have scored 10 goals, 1.67 per game in their last 6 matches. Not once did they lose, they had two draws, four wins. Matches in which the total of the goals for the team and opponent was more than 2.5, Atlético had in 3 matches. They had more than 1.5 goals in the 4 games. Atlético de Madrid’s overall statistic for 51 matches is 78 goals. Both teams score the goal in 3 matches.

After the last six games, Real Betis scored 7 goals, 1.17 per game. They had 3 losses, 1 draw, 2 wins. The total of the goals of the two teams with more than 2.5 Real Betis had in 2 matches. They had over 1.5 goals in 4 matches. Both teams score the goal in two games. Betis overall statistic for 47 matches is 68 goals.

The prediction for this match seems clear. Atleti will take the victory, they are most in need of taking the 3 points. A victory will almost certainly guarantee a place in the Champions League next edition. Although the Betis are always a tough opponent to beat, Atleti comes better to this match. 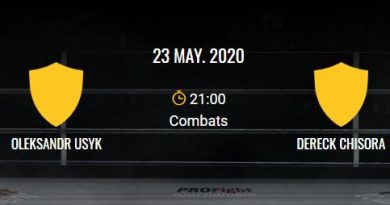